Changing the default port on Jenkins

I recently installed Jenkins on an Amazon instance for work. It was an EC2 instance running Ubuntu. I installed it using:

By default, Jenkins runs on port 8080. I’m relatively new to Linux, and I haven’t quite wrapped my head around configuring different things, like services and init scripts. I decided to search for how to change the default config on Google. I got Jenkins’ page, which was a lot of text I didn’t want to go through, and I have gone through that several times. I finally managed to snoop around stuff, and found out which file to change: 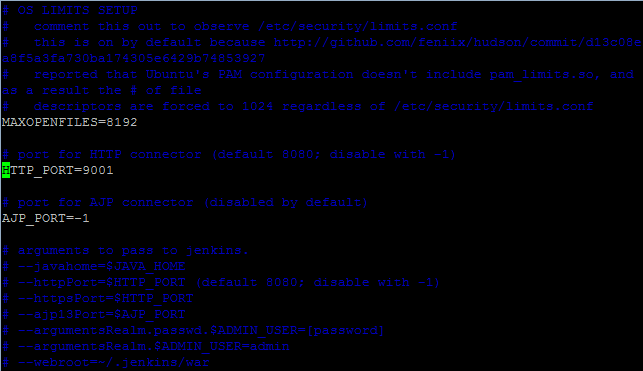 Now scroll down to the HTTP_PORT and change it to whatever number you want to.

And you should have Jenkins running on whatever port you want!

(Still not sure why I shouldn’t just change it to port 80, since the help file talks about using Apache to redirect port 8080 to 80. I understand redirecting a subdomain or a /jenkins path, but not changing port 8080 to 80 using Apache.)